Chelsea star Ashley Cole (33) is not scoring. And he's glad not to do so. According to his new flame — model Pascal Craymer (25) — who confirmed to The Sun yesterday that Cole and she are an item, there's nothing physical about their three-month relationship as yet. 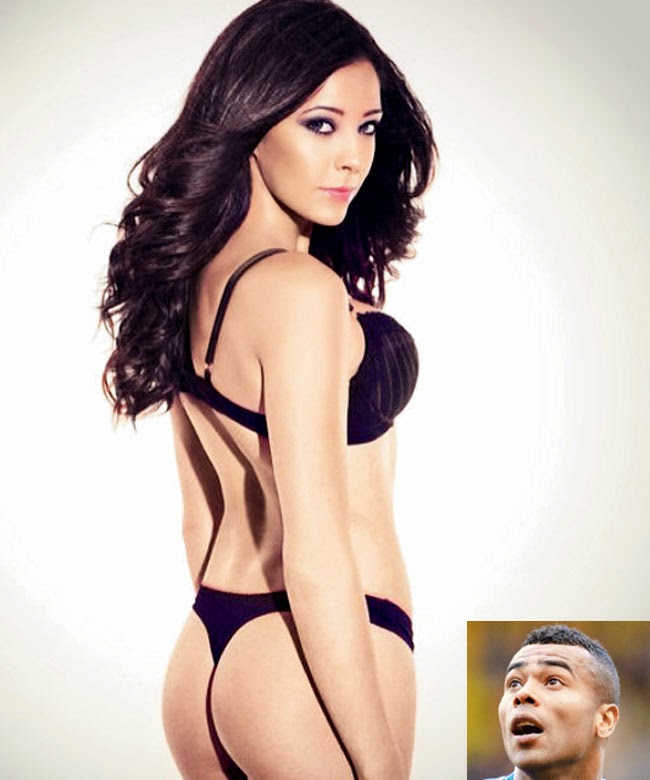 British model and Miss England finalist Pascal Craymer, who says Ashley Cole (inset) is a changed man. Pic/Instagram
"I know people think he's a love rat. But he's a very sweet guy. He's changed his ways and he's totally respectful that we've not had sex," she said about her man, who she separated from his wife — Girls Aloud singer Cheryl — in 2010.
"I don't just fall into a guy's arms. I make him earn it. Jennifer Aniston made Brad Pitt wait nine months for sex," she said. However, Cole may find some luck next month.
The Sun reported: "Then, with a twinkle in her eye, she joked: "It's my birthday next month..." The British model and Miss England finalist, kicked off her modelling career in Spain at the age of 18, before returning to the UK.
She has appeared in a few music videos as well. When not stretching every sinew on the football field, Cole gets his kicks by staying home with Craymer and watching crime shows on television.
Craymer said Cole, who has been linked to several women after his split with Cheryl, is a "changed man". Apparently, he doesn't even question the 'no-sex' diktat.