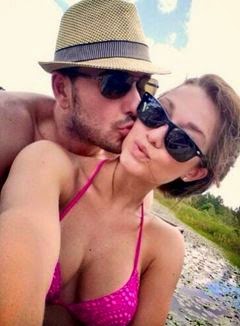 Matt Joyce's girlfriend Brittany Svendgard is rather photogenic.
While there’s not much information circulating about the Tampa Bay outfielder’s girlfriend, it’s probably because the web is saturated with a plethora of pictures of Brittany E. Svendgard that speak a thousand words. As we said, Matt Joyce’s girlfriend Brittany Svendgard is rather photogenic.
And in 2012, the Hard Rock Café realized they had a gem in their hands. The petite, chestnut haired and green eyed beauty that is Brittany Svendgard was working for Hard Rock Café in Tampa when they were auditioning for their sixth annual Seminole Hard Rock Girls Calendar. She competed against about 130 female employees of the hotel/casino, and was chosen as the centerfold. Svendgard, who had only moved to Tampa a year prior from Plainville Connecticut, was excited about being selected. The centerfold got an all expense-paid trip to Las Vegas and participated in paid appearances throughout the year. Proceeds from the first week of calendar sales went to The Spring of Tampa Bay, a domestic violence prevention and emergency shelter agency.
It seems Brittany Svendgard and Matt Joyce have been moving things along in their relationship. This past February Matt Joyce and his 26 year old model girlfriend bought a house together in Tampa. “Officially closed on the house today!!!” Matt Joyce tweeted on February 25th. “So pumped to know that my home with @BritSven will always be in tampa, close to fam, friends & fans.” The couple also shares a puppy together.
While we’ll be watching Matt Joyce this season as he attempts to outdo his 2013 batting average (.235) for the Rays, fans should also keep an eye out for his girlfriend. Brittany Svendgard recently created a modeling/acting profile on exploretalent.com. On it she writes, “I am interested in starting a resume and getting more experience in the modeling/acting industry. I am very easy going and friendly and I would love to work with you, feel free to contact me. Thank you!” 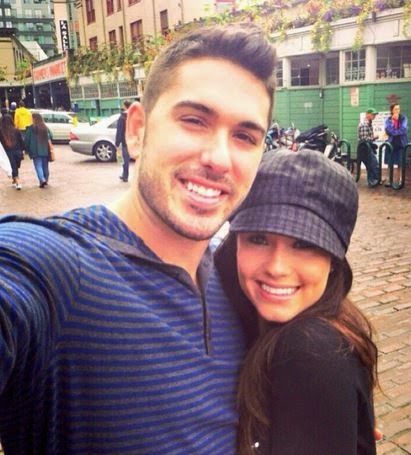 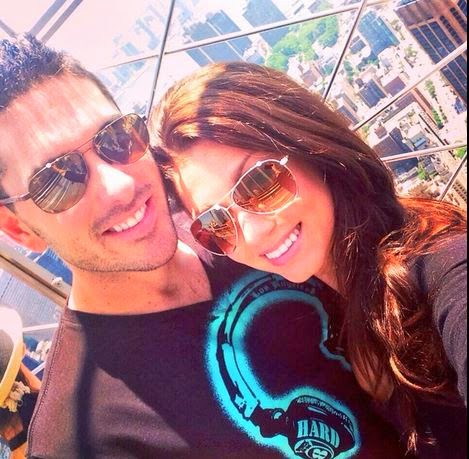