Australian boxer Lauryn Eagle has turned to location-based dating app Tinder to find a knockout romance.
The professional pugilist and water-skiing champion broke up with rugby league star Todd Carney in 2013 and has also dated boxer Lovemore N'Dou.
Eagle posted a picture of herself on the site in a yellow and white striped bikini alongside the message: 'The best things in life are free... What doesn't kill you makes you stronger.' 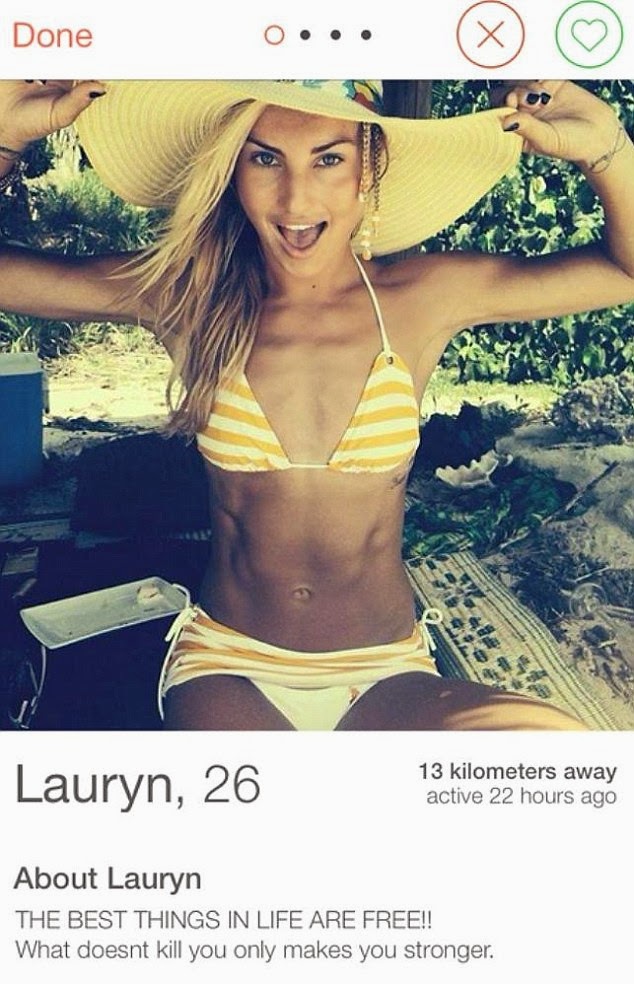 +8
Tinderstar: Eagle stripped down for a racy topless photo shoot for Maxim Magazine US
Pictured in a photo shoot for Maxim Australia last year, the 26-year-old is currently featuring in the May edition of the magazine in the United States.
In January 2013, Eagle beat Nadine Brown on points to win the vacant Australia female lightweight title. To date she has won eight of 12 fights, with three victories coming via KO but had claimed she was considering retirement had she not beaten Brown.
The talented athlete also finished third at the 2007 Waterskiing World Championship but retired from the sport following her father's death in 2008.

+8
She'll be a hit! The 26-year-old is the latest in a string of celebrities to join the location based dating app that invites users to like fellow singles in their area

+8
Fitness fanatic: Slipping into a mismatched bikini for a second series of shots, the blonde showcases the results of her fitness oriented lifestyle as she flaunts her washboard abs and toned pins

+8
Racy: The former celebrity apprentice and water skiing champion turned up the heat in a racy red two-piece, leather jacket and fishnet gloves

+8
She's used to stripping down: The model shared a flashback photo of herself posing in her lingerie at a red carpet event on Instagram last week
Since the split with Carney, the hot headed lightweight boxer has endured a turbulent time.
She was involved in an incident with security at a Cronulla nightclub, while her mother and sister are said to taken out a restraining order against her in January after a heated family dispute.
Lauryn seems to have focused all of her attention on her No 1 love, fitness, of late and regularly posts photos and videos of her ferocious fitness routines on social media.

+8
Fanatic: Eagle regularly posts pictures of her fitness regime on Instagram, here she is pictured after boxing training