She only gave birth to her fourth child, Jett, late last August, and Katie Price, 35, is reportedly shocked to discover she is already six months pregnant with her fifth baby.
The Sun on Sunday claims that she and her husband Kieran Hayler, 27, conceived again last November, but only recently discovered the news after the reality star unwell while on holiday.
The paper adds that she suffered a series of stomach aches while away on her break with her third husband and children in Cape Verde just last month - their first holiday with baby Jett.
Scroll down for video 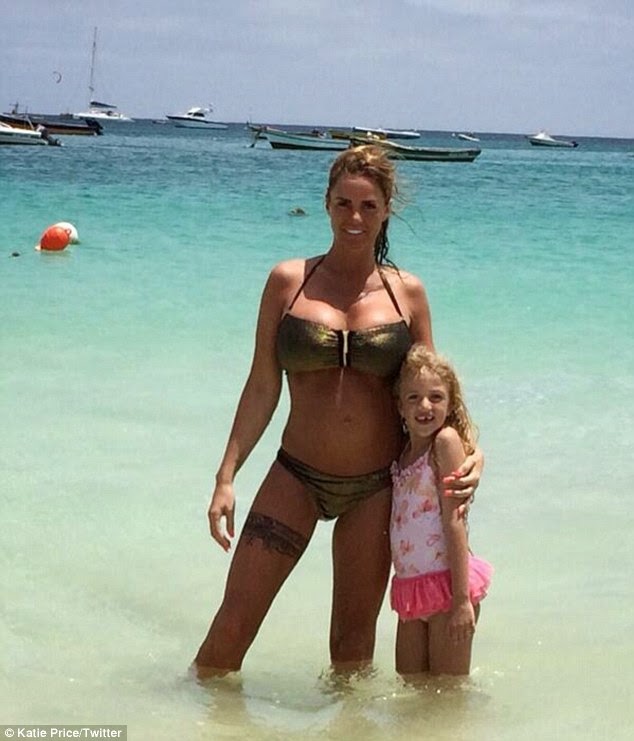 +4
BIG news: Katie Price is reportedly six months pregnant with husband Kieran Hayler's baby
A source told The Sun: 'It's not something they had planned this soon after Jett, but they're still delighted. The news came as a complete shock.

'Katie's already in her second trimester so has been pregnant for nearly six months without even realising it. She's due later this summer.
'Unlike her other four pregnancies, she's yet to have any cravings and is not showing much, either.' 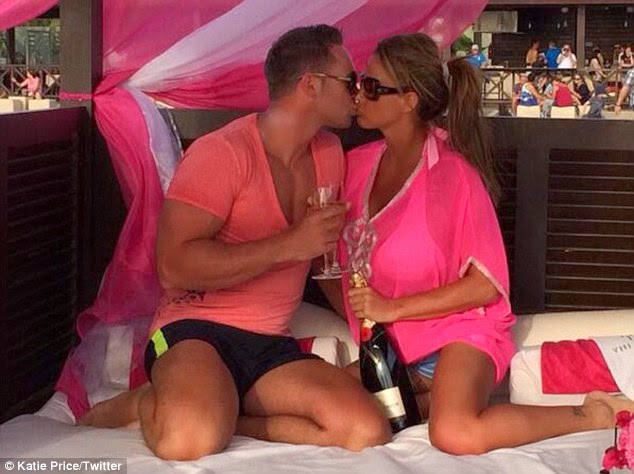 Showing signs: The businesswoman is said to have been suffering from stomach pains on a recent holiday to Cape Verde in April - she is thought to have been around six months pregnant when this picture was taken
The couple seem to have thoroughly enjoyed their time away and upon his return, plasterer Kieran tweeted how much he loved the time spent abroad.
He wrote a message to Lauren Goodger saying: 'Cape Verde. Was perfect, such a nice place. Yeah we all need a catch up. X'
Kieran and Katie were pictured shopping in Mothercare in Brighton on Wednesday and picked up a carrier bag full of things - perhaps for the baby.