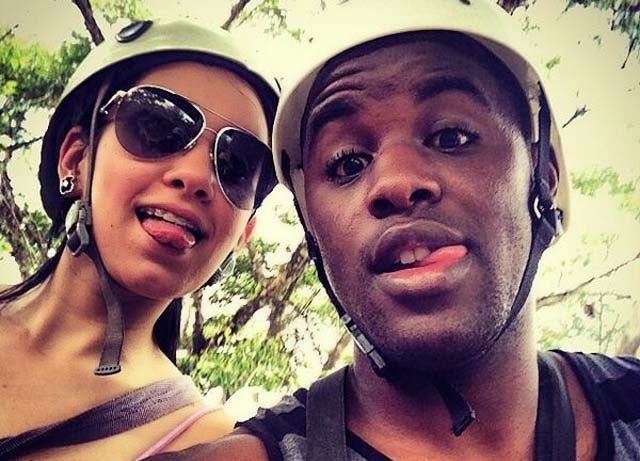 Joel Campbell's girlfriend Maria Cascante is not a model, but I doubt she is as pious as he is. The press never fails to mention that he recites a certain psalm before every game. Hocus pocus baby, God's on your side! Daniel Plainview from "There Will Be Blood" thought Joel put on one hell of a show in Costa Rica's penalty-kick shootout.
I don't like Joel Campbell as a player. I think he's a bit of a rat. I don't know the guy personally, but I'm going off of his infamous dive from a game against USA in which he fell to the ground clutching his head, pretending he'd been hit by Matt Besler, who never touched him at all. It's international soccer at it's absolute worst. Take a look below.
Joel Campbell puts his hand on Besler's back very lightly and then feigns like he was hit by Besler. Then, to top it off, he doesn't allow Besler to help him up from his charade even though Besler never had anything to do with it other than being his dive-dummy. I'd venture to guess Besler might not have gotten the yellow card if he hadn't offered to help up. It made it look like he felt sorry for Campbell in the referee's eyes. Regardless, it was one of the worst dives I've seen in recent memory. I'm sort of surprised Besler didn't punch Campbell in the face afterwards. I wonder what Maria Cascante would have said after this dive. She probably would've said it was a clever move or something infuriating.

I'll give Campbell a break for now since he's only 21 years old. But keep that stuff up against the USA (if they ever cross paths), and we'll have a big problem, Joel. It's also been reported that Campbell desperately wants to go back to Arsenal, where he's been on loan to three different teams since 2011. The assistant coach for Costa Rica told Campbell the only way to do that is to play really well in the World Cup. No flops! 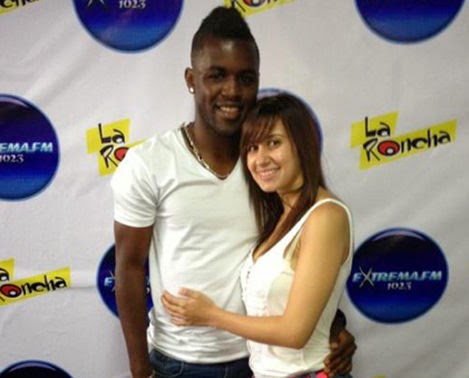