Kelly Brook has proved she's a right natural beauty with her latest no make-up selfie.
Not one to shy away from the camera, the model turned actress couldn't resist taking a photo of herself yesterday and even had no qualms about posing without her war paint. 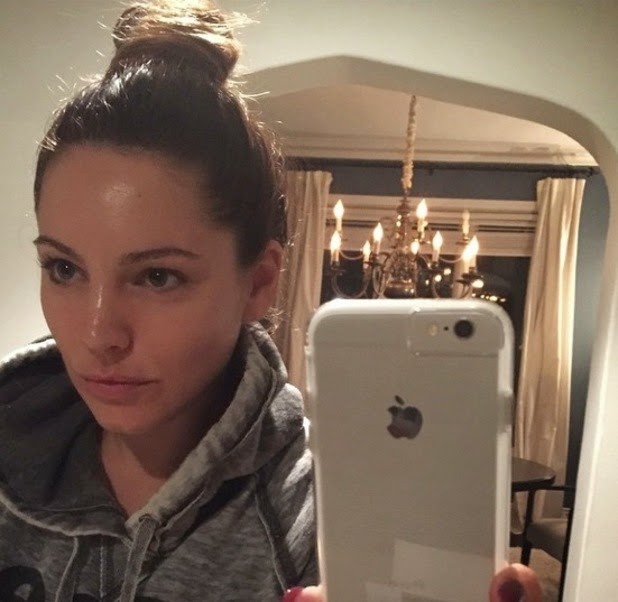 © Instagram / @iamkb
Crediting her new healthy diet and training regime for her flawless snap, Kelly told her fans her "skin is the best it has been in ages", adding the hashtags #NoFilter #NoMakeUp.
If only we could ditch the slap and still look this good!
Impressed with Kelly's make-up free face like us, one fan commented: "I don't know how she's doing this."
While another spurred on the 35-year-old, saying: "Go Kelly Go Kelly Go!"

© Instagram / @iamkb
Last year, Kelly headed to LA to film new ABC sitcom One Big Happy, and since returning recently it seems the Brit is loving being Stateside.
Well, what's not to love about topping up your tan and enjoying nights on the beach? Sounds like a dream, right?
As well as enjoying life in the sunshine, Kelly has been busy catching up with her One Big Happyco-stars as they prepare for their show to hit screens in March.

© YouTube / IGN
In a newly released trailer for the show, the starlet takes centre stage as not only does Kelly get married in the clip, but she also strips completely naked.
The plot revolves around a man and his lesbian friend who decide to have a baby together. But, things then turn complicated when her falls in love with another woman - played by Kelly.
One Big Happy premieres Tuesday, 17 March on NBC in the US.
Tweet