THE WORLD'S best footballer may have a new girlfriend. 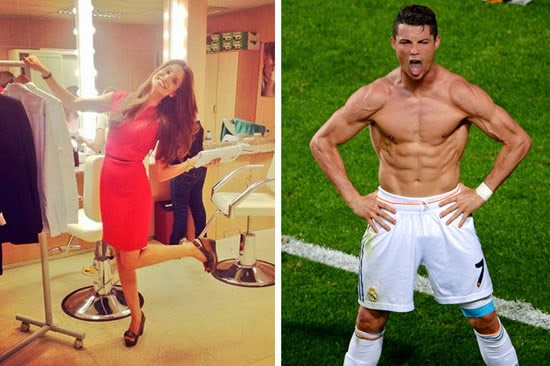 RON'S SCORED AGAIN: Cristiano Ronaldo is rumoured to be dating TV reporter Lucia Villalon
Cristiano Ronaldo is being linked with a stunning sports reporter after his split from supermodel Irina Shayk.
The Real Madrid star is rumoured to be dating Spanish journalist Lucia Villalon.
Ronaldo posed for a picture with the TV beauty after winning his third Ballon d'Or award last week.

SPLIT: Ronaldo recently ended his relationship with supermodel Irina Shayk
The Portuguese, who scored twice against Getafe over the weekend, is said to have dumped Shayk after she refused to show up at his mum's birthday party.
Shayk's agent denied the claim but confirmed the pair had ended their five-year relationship.
"She has been very close to his family throughout their relationship," a statement read. 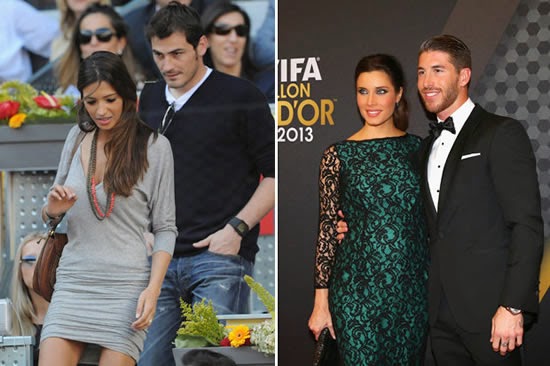 DATING GAME: Iker Casillas and Sergio Ramos both have TV girlfriends
"Any negative rumours about Irina's and Ronaldo's family are completely false and have not been a factor in the cause of the split."
If Ronaldo is dating the TV presenter, he will be following in the footsteps of teammates Iker Casillas and Sergio Ramos.
Captain Casillas has been dating brunette Sara Carboneras since 2009 while Ramos' girlfriend is presenter Pilar Rubio. 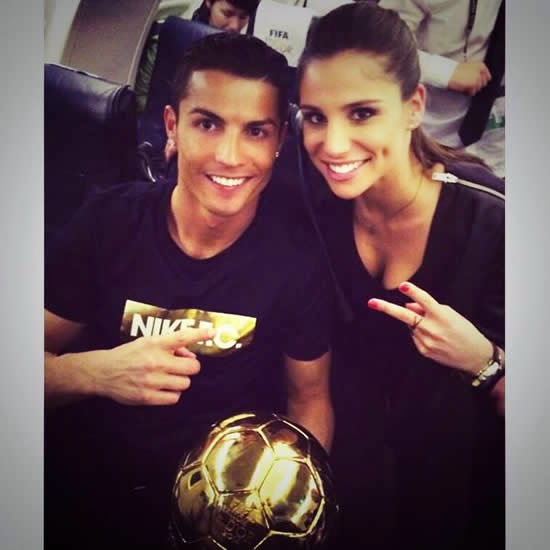