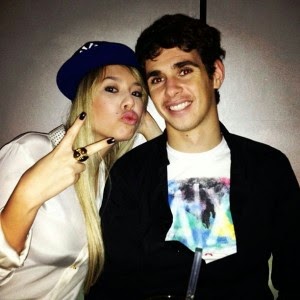 Can someone explain why this guy Oscar doesn't have to go by his last name, and yet people refer to his wife by his last name? Oscar's wife Ludmilla Emboaba is wondering the same thing, so I'm just trying to figure out how these Brazilians get to Madonna and Prince themselves. Maybe they're so popular in Brazil that they might as well be pop stars? Still, to give some guy that was born in 1991 free reign over the name Oscar seems pretty bold of the world. Now whenever I'm referencing the Sylvester Stallone movie "Oscar," (also from 1991) there's going to be major communication breakdowns.
Oscar the footballer was signed up to Chelsea in 2012 for a tidy 19.35 million Euros (about $26 million). Oscar's maintained a pass completion rate of 87 percent, which is quite high. He scored two goals in his debut for the team, and they lost. He said of the match: "I am very happy with two goals on my debut but I would have been much happier if the team had won the game. In Brazil, young boys dream of playing in the Champions League and I'm very proud to have realized my dream." Keep it up with quotes like that and John Landis just might cast you for a role in a mediocre movie about a mob boss.
The lovely Ludmilla Emboaba married Oscar only last year, and she lives with him in London, attending all his games at Stamford Bridge, where Chelsea plays. Oscar says the two of them had a relatively painless transition into the English lifestyle because of his teammate David Ruiz, who'd been there for some time and helped them along their way. Ludmilla just recently gave birth to a young son, and now he'll occupy most of her time when she's not watching her young star take on the world from midfield. With all the talent that Brazil has assembled, they're going to give everybody a run. 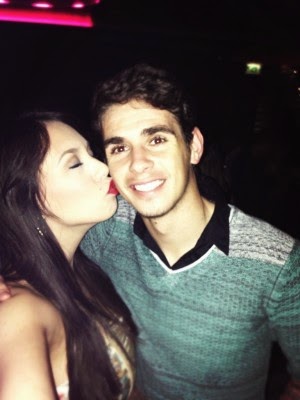 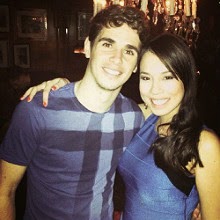 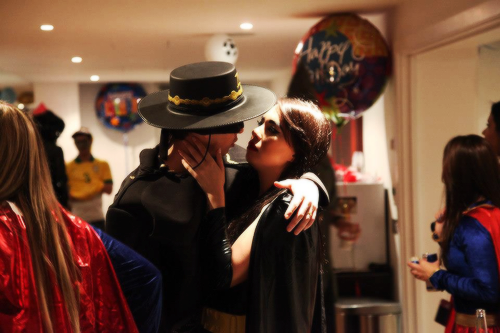