Home » news » 'I don't want to be involved': Katherine Jenkins insists David Beckham's email scandal 'hasn't knocked' her as she thanks her fans for their incredible support

'I don't want to be involved': Katherine Jenkins insists David Beckham's email scandal 'hasn't knocked' her as she thanks her fans for their incredible support 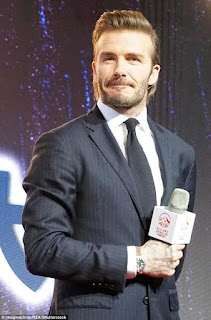 She was unceremoniously swept up into David Beckham's email scandal last month after he branded her OBE as a 'f****** joke' in one of his leaked messages.
Now looking to move on from the fallout, Katherine Jenkins insisted she no longer wants to be involved with the calamity after she defiantly revealed his comments have not 'knocked' her.
Speaking to The Telegraph, the 36-year-old classical singer - who earned her OBE in 2014 for her music and charity work in 2014 - admitted that she didn't carry out her goodwill wanting a reward in return.

She said: 'I don’t want to be involved. This hasn’t knocked me. I wish them [the Beckhams] the best. But I’m getting on with my life, I'm just doing what I do...And when I first got involved with the armed forces it was never with any thought of reward.
'I do what I do because I’m proud of our soldiers and I think people who fight for our country deserve our respect and time...But this wasn’t something I had anything to do with, this was not my mess. I didn’t want to add to it by saying anything. I’m incredibly proud of my OBE.
The mother-of-one added that there has been one silver lining from the furor as she was flooded with messages of support following Beckham's less than stellar comments.
She added: 'And amid everything that happened, for the first time in my life I felt I had a lot of people speaking up for me. It’s true that every cloud has a silver lining. I had hundreds of thousands of messages from people saying, “don’t worry, we know everything you do”. That really touched me.'
Her remarks come two weeks after she admitted that the sports star's comments about her were 'hurtful', after she got caught up in a scandal over his leaked private emails.
The music star had her name dragged into the furore after the football star branded her OBE as a 'f****** joke' in one of the emails.
Breaking her silence about the incident, she suggested that he knows 'nothing' about her, but insisted she doesn't hold a grudge against him for his comments.
Katherine told The Sun's Fabulous magazine earlier this month: 'I’m a human being. Of course something like that would be hurtful. But at the same time I’ve learned that when you’re famous sometimes you get dragged into things you shouldn’t be involved in.
'Sometimes people feel like they know you, but actually they know nothing about you.'
In the emails leaked in February, David suggested singer Katherine got an OBE for 'singing at the rugby and going to see the troops plus taking coke. F****** joke'.
Katherine, who is married to American artist Andrew Levitas, had previously admitted in an interview with The Mail on Sunday that her life was almost ruined by cocaine and ecstasy.
Beckham’s outburst would no doubt have come as an unpleasant surprise to the classical star, who only a year earlier had been forced to deny unfounded internet rumours of an affair with him. 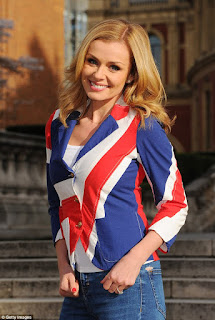 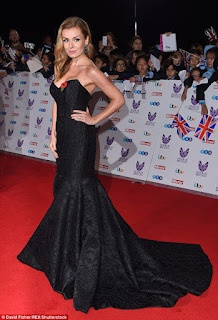 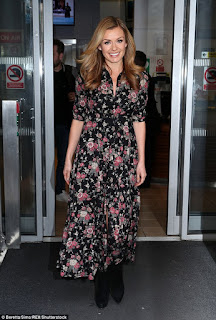