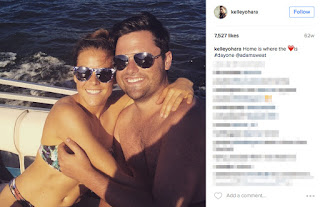 The last time Kelley O’Hara’s boyfriend Adam Sweat took a picture with her was over a year ago.  That timeline also points to about the time they broke up, based on everything I’ve gathered.  Kelley was actually featured on the show The Bachelor with her best friend Alex Morgan. Now, we know about Alex Morgan’s husband. Any mention of Alex and her husband by Kelley is about as close to romance as you’ll find on any of her social media. She’ll also make occasional mention of her sister and her newly married husband.

Kelley O’Hara’s boyfriend (well, ex-boyfriend now) Adam attended the same high school as Kelley and was with her from that time until a year ago. That’s a long time. He was a senate press officer aide back around 2012. Now, the only pictures you’ll see of Kelley with another man is going to be her mugging with other athletes involved in promotions with the sportswear company she has a contract with. Other than that, she is like family with the rest of the USA Women’s soccer team. The level of tightness between the members on this team is unreal.

Not to get too presumptive, but I’m guessing being in charge of a bunch of state senators “communication platforms” was a lot of work. So it’d be easy to understand if the relationship just couldn’t maintain itself if both parties had extremely busy schedules. I wonder though, what “communication platforms” refers to? Maybe this guy is one of those professional social media people? Maybe he handles the Twitter and Facebook accounts for some senators?

Keep in mind that Kelley remains a family-centric and homey person. She loves spending her off-time in Georgia at her parents’ house. Relationships are tough around Olympics time, so breaking up with Adam before the Olympics may have been for the best. Kelley O’Hara’s ex-boyfriend Adam Sweat is keeping busy now with his state senate duties. 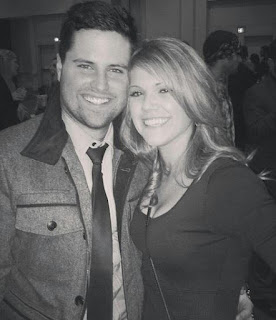