David Anthony Backes (born May 1, 1984) is an American professional ice hockey forward currently playing for the Anaheim Ducks of the National Hockey League (NHL). He previously played for the St. Louis Blues and Boston Bruins. Backes was born in Minneapolis, Minnesota, but grew up in Spring Lake Park, Minnesota. 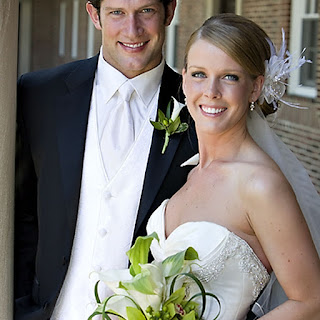 
Once upon a time, when we first looked at David Backes’ wife Kelly Backes, things were different.  Back then,  Backes, was a 6’3″ forward and high scorer for the St. Louis Blues set to take the ice on the USA Olympic Hockey team in 2014.  David was known for being a supportive team captain and a tough competitor.  And he’s definitely a guy who’s thrown a punch or two when necessary.  As we watched the medal round in Sochi, it was time to learn about David Backes’ wife Kelly Backes. 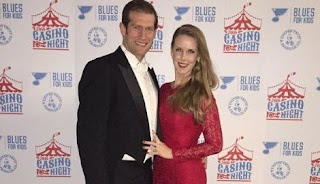 Well, a lot has changed.  The high scoring days are over, as are his days on the Blues, and subsequent days with the Boston Bruins.  No longer a captain, and the days of fighting are all in the rearview.  But some things haven’t changed.  He’s still 6’3″ so he’s got that going for him.  But, most importantly, David Backes’ wife Kelly hasn’t changed either.  Outside of Hockey he shows a soft spot for Kelly.  And he and Kelly both show one for a cause that is close to both of their hearts. 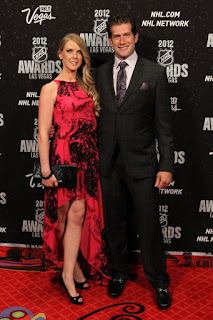 Kelly and David make a very good looking All-American couple. There is not much out there about David Backes’ wife specifically, but they do have two kids together.  David’s Twitter account is full of tidbits about Kelly and David’s personal philanthropic endeavors. From the looks of things Kelly is a lot more than a trophy wife cheering from the stands. Kelly and David are an extraordinary team who focus much of their attention off the ice supporting animal rescue organizations. In fact these two are so devoted to animal rescue they each have their own rescue organizations: Kelly’s Kats and David’s Dogs. 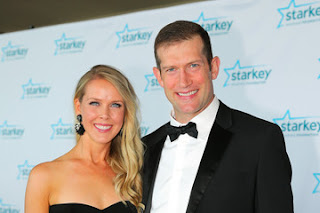 As the NBC Broadcast of the semi-final game of the USA vs Czech mentioned, David and Kelly have taken up the fight for the stray dogs in Sochi.  As has been reported over and over, many of the homeless have been put down in preparations for the international Olympic event.  David and Kelly Backes have teamed up with other athletes competing in Sochi and their families to help save as many animals as possible.  The Backes have spearheaded a campaign to have strays rounded up, checked out, treated and sent overseas to be adopted in other countries, rather than find the fate so many have already met.  As Doc Emrick pointed out during the broadcast, it’s yeoman’s work, and the true definition of selflessness. 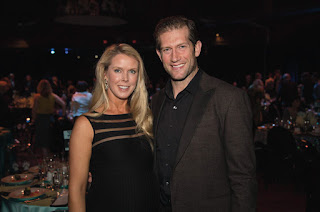 Their spirit for animal related philanthropy isn’t new.  In the months leading up to the Olympics, the popular Hockey couple took on their greatest domestic endeavor yet: Athletes for Animals or A4A. On a night full of glitz and glamour professional athletes from sports across the board strutted their stuff on the red carpet to raise money and awareness for Kelly and David’s newest charity A4A. Kelly and David hope to sign more athletes as voices for their cause in the next year. 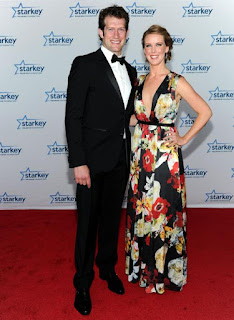