endy Williams has issued an apology for her recent comments about gay men, including the notion that they should stop “wearing our skirts and our heels.”
Williams, 55, made the comments on the Thursday episode of “The Wendy Williams Show” when talking about Galentine’s Day. 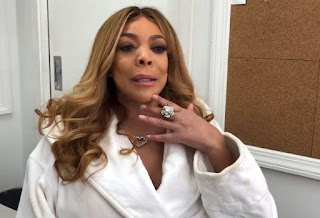 “I apologize,” Williams said in a video posted to social media ahead of Friday’s show. “I did not mean to offend my LGBTQ+ community on yesterday’s show. I did not realize until I got home and I watched the second running of our show here in New York."
Williams, an Asbury Park native who grew up in Ocean Township, said she often watches in order to critique the show. 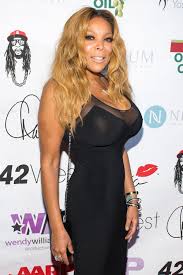 “I never do this show in a place of malice,” she said, visibly emotional in the video. “I understand my platform with the community, from first grade to intermediate school to high school to college to radio and now to TV. I didn’t mean to hurt anybody’s feelings. I’m just having a conversation. If you know me long enough, then you know, bon vivant. I don’t even know what they means, but it sounds fabulous. In my mind it means live and let live, bon vivant. And I live and let live every day, life is too short.
“I’m 55 years old and maybe I sounded like your auntie, your mother, your big sister, or somebody out of touch. I’m not out of touch, except for perhaps yesterday, by saying what I said. So I deeply apologize and I deeply appreciate the support that I get from the community. I will do better. I appreciate you supporting me. Thank you.” 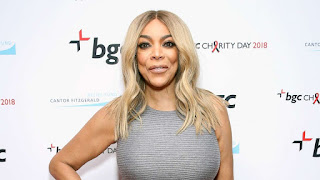 The offending remarks arrived during the Hot Topics portion of Williams’ show.
“Clap if you’re participating in Galentine’s Day,” she told the audience.
“Well, first of all, if you’re a man and you’re clapping, you’re not even a part of this,” Williams said, seeming to point out a man in the audience who had clapped.
“You don’t even understand the rules of the day,” she continued. “It’s women going out and getting saucy and then going back home. Yeah, you’re not a part. I don’t care if you’re gay. You don’t get a mense every 28 days, all right?"
The audience clapped.
“You can do a lot that we do,” Williams said. “But I get offended by the idea that we go through something you will never go through. And stop wearing our skirts and our heels. Just saying, girls, what do we have for ourselves?"
“Gay men, you’ll never be the woman that we are," she continued.
“No matter how gay, sir,” Williams said, addressing a man in the audience.
“I’m not that gay,” he replied.
“I tell you every day and I mean this, and I’m going to keep drilling it in your mind,” Williams said during the segment. “It is so scary coming out here and sitting here by myself with my loose mouth and my slick humor and, you know, I’m by myself. I can’t blame anybody but me.”
The talk show host emphasized that she takes ownership of what she says.
“I say it and I mean it,” Williams said, echoing her show’s theme song.
In January, Williams apologized for mocking cleft lips and cleft palates on her show when talking about Joaquin Phoenix.
After Adam Bighill, a football player in Canada born with a cleft lip and palate whose son was undergoing surgery to repair his lip, called for Williams to apologize, she said the show would be making donations to the American Cleft Palate-Craniofacial Association and Operation Smile, an organization that provides reconstructive cleft surgeries for children.
fanpage: https://www.facebook.com/Girlfriends-100550684687336website: https://www.girlwives.com/by https://www.nj.com/entertainment/2020/02/wendy-williams-apologizes-for-saying-gay-men-should-stop-wearing-our-skirts-and-our-heels.html\
Tweet