Giannis Antetokounmpo’s girlfriend Mariah Riddlesprigger shares the plight of difficult last names. I make that obvious observation first and foremost.  Fortunately these two found one another.  They make it work, despite the tongue twisters.   Well.  Actually, while we’re here.  Let’s talk about tongue twisters. 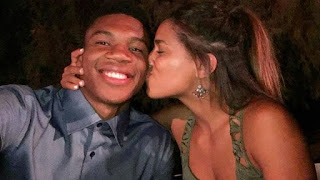 Um.  That sub header is pretty honest.  The video is pretty clear.

Good for him.  Good for them both.  Seriously how can you not love the both of them?

OK, time to move on.  Let’s find out more about Giannis Antetokounmpo’s Girlfriend

OK then.  Mariah hails from the beautiful city of San Diego, California. Mariah played volleyball at Rice University. Since she graduated and obtained a business degree, she became a certified adult. Mariah is ready to cheer for Giannis from the stands and support him off the court. I wonder if she knows how to prepare Greek cuisine yet? She worked as an operations intern for the Philadelphia 76ers, but she did not keep the job because her relationship with Giannis takes precedent. I’m fairly certain they both reside in Milwaukee now.
Giannis happily provides for his young daughter. While unclear, I don’t think his she came from Giannis Antetokounmpo’s girlfriend. Mariah openly rallied for Giannis to become an all-star. She also keeps in touch with her two younger sisters named Maya and Makayla. She reposted a picture of her sister’s prom photo in February. Naturally, Mariah most commonly posts about Giannis’ career on social media. In January, she joined other player wives and girlfriends in a lunch donation. It served as a photo opportunity for her social media as well.
In January, Giannis Antetokounmpo’s girlfriend also wished him a happy birthday. She told him she loved him and called him Adonis. Well, he’s a gigantic dude so I guess the analogy is sort of accurate, although Adonis was also known for his good looks. She continued the great cheer and support and congratulated him on his all-star selection. She added that he always keeps a smile on her face. This couple is certainly a fun-loving one. She pokes fun at him and calls him a Greek Freak, but she also says he is her best friend and the greatest person she knows. She obviously loves him very much. Mariah says one smile can hide 1000 emotions, but I bet most of her emotions are joyful! 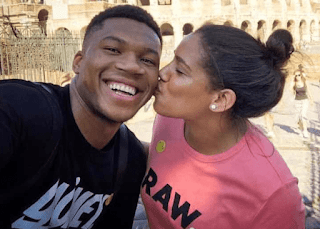 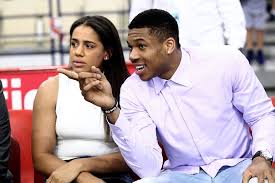 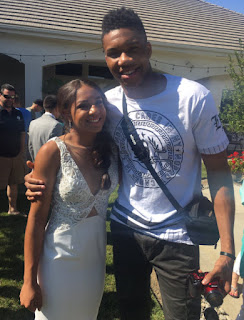