Shanghai SIPG star Hulk divorced Iran, 33, with whom he has three children, in July 2019 - ending their 12-year relationship. 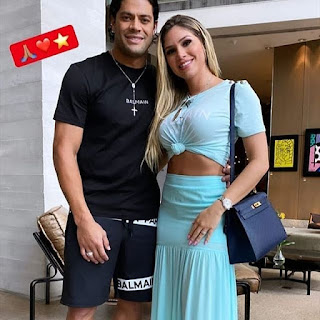 Rumours of him being in a romantic relationship with Iran's niece Camila, 31, surfaced three months later in October.
Hulk confirmed these rumours in December, also informing their family, according to Argentinian media outlet Infobae.
Hulk, 33, has updated his social media (Instagram) bio with the word 'married' alongside a diamond ring emoji, and both he and Camila have posted photos together with a close-up shot of their rings.
Neither he nor Camila have released any official statement confirming their alleged marriage.
Infobae claim the speed of the marriage, just two months after confirming their relationship and seven months after Hulk divorcing Camila's aunt, is due to Camila 'needing a visa' to live with Hulk in China.
They say a press secretary for the forward made a statement in December saying: "Hulk called the parents and the brother of Camila and told them the truth.
"It was Hulk himself who made the information public because he had nothing to hide.
"His position is transparency and he wants to avoid lies and malicious comments."
Camila allegedly apologised to her aunt Iran in a public now-deleted Instagram post, saying: "Aunt Iran, I first want to tell you that this message is not an explanation or justification of anything.
“I needed to tell you some things that unfortunately circumstances do not allow me to say personally.
“Although it is irrelevant to you now, I love you very much and care about you, so I am speaking here.
“It’s been very hard to face all this, but I wouldn’t do it if it wasn’t true.
“I never imagined it could happen, but we don’t rule our heart, no one is immune or exempt from it.
“I’m sorry for everything. If I could choose, we wouldn’t be going through this, but life doesn’t spin the way we imagine it to.
“He showed me that there was no chance of a possible return, so we allowed ourselves to live.”
Former Porto and Zenit Saint Petersburg attacker Hulk has 47 caps for Brazil.
He has spent the last four seasons with Shanghai SIPG in the Chinese Super League, which is currently on hold amid the COVID-19 crisis. 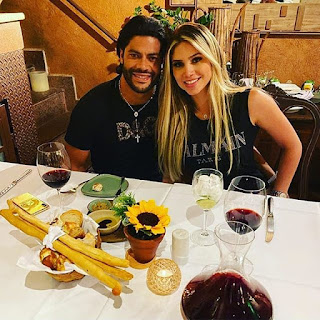 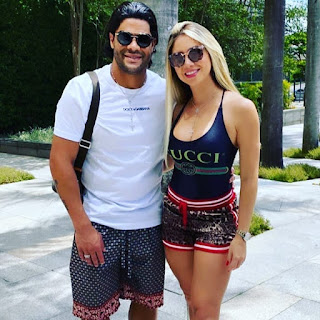