hris Paul’s wife Jada Paul accompanied him to South Africa for the first ever NBA game in Africa. While there, Chris and Jada visited the Apartheid Museum. Chris held a ticket that read “whites”.  Jada held a ticket that read “non-whites” in order to show what it’s like to be segregated by skin color. It’s a fairly poignant image.
Paul and Jada married in September of 2011.  The nuptials took place in an extravagant ceremony at Ballantyne Hotel and Lodge in Charlotte, NC. Both Chris and Jada wanted to return to their home state to have the ceremony accessible for close friends and family. They had their first child together, Christopher Emmanuel Paul II, on May 23, 2009 and their second their second child, Camryn Alexis Paul, was born on August 16, 2012. 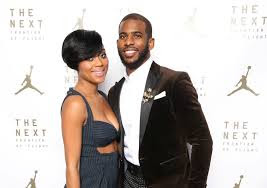 Chris Paul just surrounds himself with cool people. LeBron James is one of his best friends. I’ve thought for a long time that the duo of Chris and Blake Griffin are two of the coolest dudes in the NBA. The same is true for Chris and his Jada. Chris Paul’s wife has a wonderful sense of humor and never misses a chance to make people smile. Witness her charming christmas sweater. The couple just bought a posh 10,000 square foot mansion in Calabasas, California in December that I’ve taken a look at. It’s part of a gated and guarded community with trained dogs and the whole walkie-talkie security thing happening. It sort of reminds me of Jabba’s Palace but in a pretty way. The mansion used to belong to Avril Lavigne and was bought by Paul for $8,995,000.

“Because I love my wife” – Chris Paul

One of the more interesting stories about Chris Paul’s wife and him happened back in the days when Donald Sterling was still the owner of the Clippers. He threw a party and hired a Marilyn Monroe impersonator for the occasion. During the party, the Marilyn impersonator tried to coax Blake and Paul on the stage so she could give them a sexy dance and serenade. They both declined. According to Chris, Vinny Del Negro ended up taking that bullet for the team. Then, Sterling brought Chris up on stage and said to the crowd (which included Jada) that he didn’t know why Chris was married since there’s so many beautiful women in Los Angeles. Chris then said, “Because I love my wife.” Blake Griffin said of the whole thing that, “it was awkward, to put it nicely.” Oy ve!
These days, Chris Paul’s wife Jada Crawley Paul lives the good life with him and their sons. On Halloween, she dressed up in a rather exquisite Snow White dress. In August, Jada took little Camryn with her to get a strange green goo poured on their feet. It was a pedicure that she said felt like warm applesauce but smelt good. Hey, sounds alright to me. Pour on the green applesauce! Jada also celebrated Brendyn’s first day in 1st grade in September of last year by posting a photo of him holding a sign that said “1st grade.” Their family’s growing up fast! 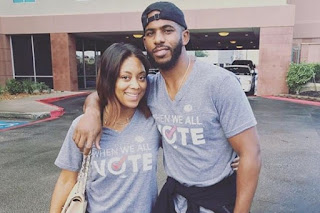 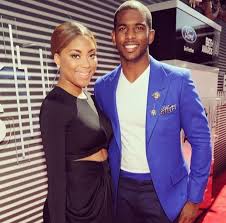 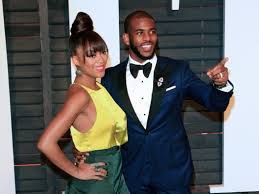 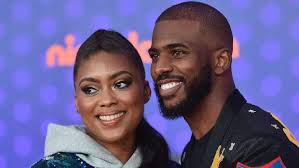 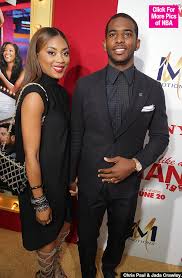 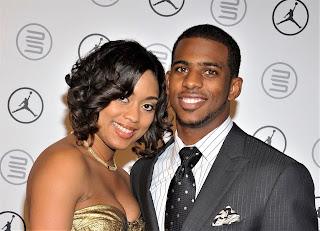 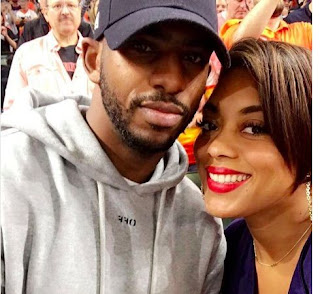 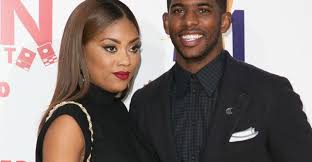 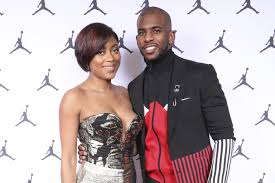