Rob Gronkowski’s girlfriend Camille Kostek ​was a New England Patriots cheerleader.   The two have been a bit on-again, off-again since 2014.  Tracking this relationship has sometimes been a fruitless endeavor if we’re being totally honest here.   But, as social media shows us time and again, one little picture can change the narrative.  It’s amazing what a snap of an innocent ice cream cone can do.  As was the case here, the picture recently made the rounds on the net. That’s one of the perks of dating early on versus later when both parties get comfortable– you can ask a cheerleader/model type out to get ice cream and she’ll say yes because she doesn’t want to reject you, but later on there’ll be no more trips to the ice cream parlor– mark my words.
The nation weeps with the news of Rob Gronkowski’s girlfriend. The men have lost their idol – single men knowing the caliber gal Rob brings home, and the spoken for men seeing what could have been. The ladies all across the globe seem to love the big galoot, and Camille Kostek is now New England lady enemy numero uno.

Camille starred in a curious little music video by a fellow named Jack Fiskio.  The video is called “A Little More You”. I suppose you could call the style of music mellow country rock.  In it, Rob Gronkowski’s girlfriend plays the love interest of Jack Fiskio.  Fiskio is a good looking little guy with gelled hair, Ray-Bans, and a crush. Here are some sample lyrics:

“All day diamond eyes that are ocean blue/ trying to keep my poker face/but I’m going all in for you.” Okay, well, the video features Camille essentially just lazing around with this guy (who is basically the physical opposite of Rob Gronkowski) and kind of bobbing her head and half-dancing while sitting next to him on a wicker divan.

Look, it ain’t for everyone.  I could extoll why I don’t care for it from a music perspective.  But, music is relative.  Whatever floats your boat.  Anyways, Rob Gronkowski’s girlfriend is lovely as can be in the video, and there’s a few shots of her in a bikini at the beach.
Camille Kostek has also done some modeling work and posted a few shots of being photographed on her Twitter and Instagram.  She recently competed in Sports Illustrated’s Swimsuit competition and was a finalist.    But it’s clear that she’s ready to be Camille Kostek,… and not just Rob Gronkowski’s girlfriend.

I’ve learned I don’t want to be quoted [about Gronk] anymore,” said Kostek. “This is the year of Camille . . . It’s been refreshing to have it be about me.

So, since she asked nicely, we’ll leave it about her. 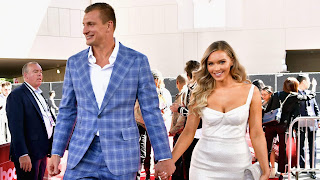 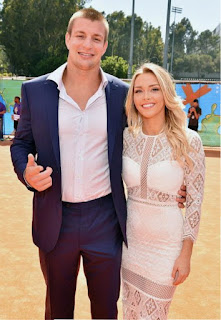 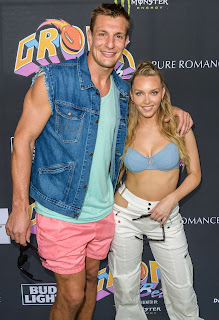 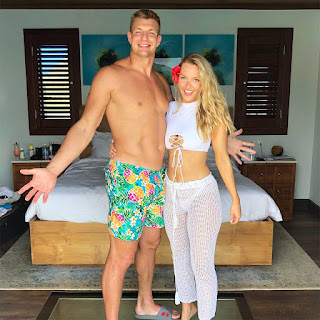 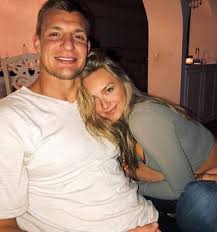 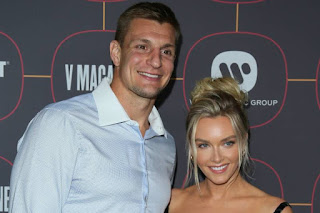 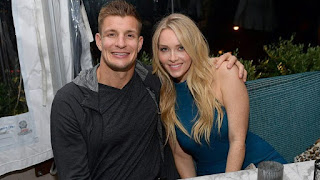 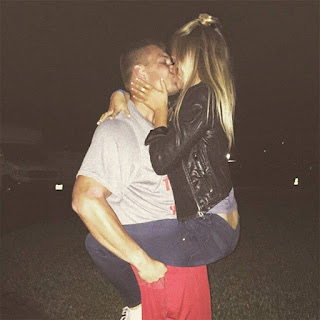 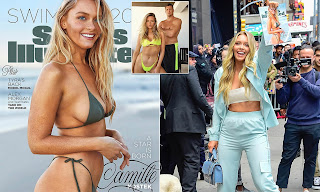 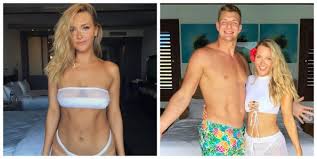 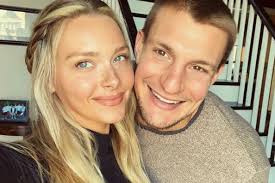 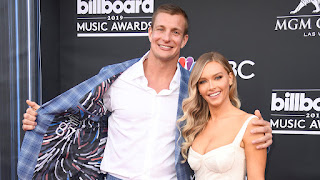 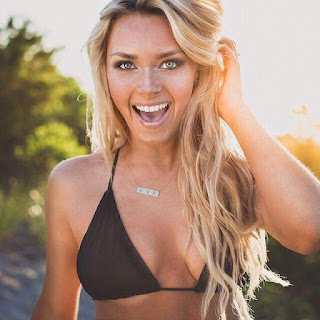 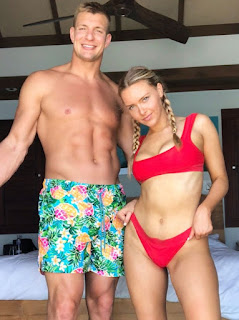 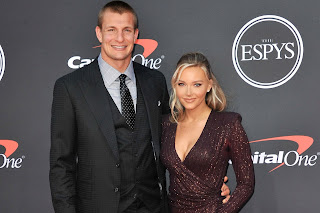 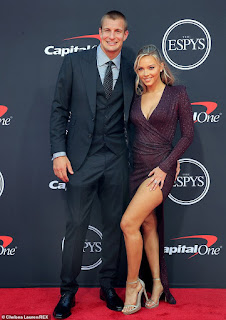 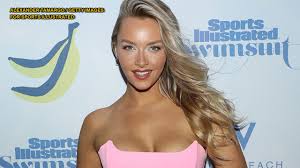 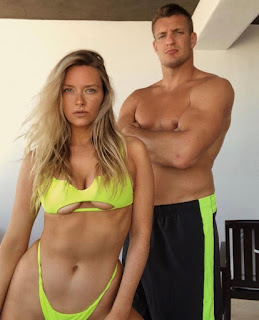 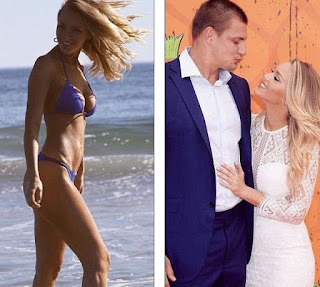