That’s right.  The best player in the world marries up.

You might think that the best baseball player in the world would evaluate options out there.  But, Mike Trout has never been shy to show off his now official better half.  Jessica has been in the picture since high school.  Trout told the Philadelphia Daily News that he knows why he stays with Cox:

“I met her in high school, and we trust each other, and she is one of my best friends. She is somebody I can talk to and is always here for me.”

From this day forward, you shall not walk alone. My heart will be your shelter, and my arms will be your home . I love you, my WIFE! pic.twitter.com/bIwbtgZb32

— Mike Trout (@MikeTrout) December 12, 2017
How did the best player in baseball make a grand gesture to his best friend?  Mike Trout’s wife Jessica Cox walked out of a building in July 2, 2016. Mike told her to look up at the sky, and she read a message that a plane wrote in smoke. It was a marriage proposal. Since she fell in love with Mike years ago and stayed that way, she immediately said yes. A little later, she posted on her social media about it. Jessica simply said feels so excited to finally be able to call the amazing Mikey Trout her husband. Hiring a plane to write a proposal message in the sky is a smooth move, for sure.

What does Mike Trout’s wife do aside from cheer on the Angels?

Jessica is a middle school teacher in New Jersey. Since they first started dating in high school there, she returned after earning a degree in Pennsylvania and now teaches sixth graders. It’s also a great gig for her since the summer is wide open! Imagine Mike Trout’s girlfriend gets a break from her job in the summer so she can go watch baseball! It’s absolutely ideal. I respect school teachers greatly in this country, and Jessica really seems to fit right into the occupation. Who wouldn’t love to have her as their sixth grade teacher? 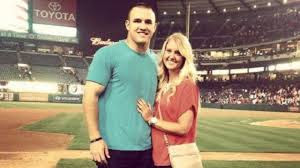 While no kids yet, in the meantime they own a small American Eskimo Dog named Juno. Yes, it’s a very Alaskan-themed pet ownership program they have. Mike Trout’s girlfriend loves this dog a lot and frequently shares pictures of her. Jessica certainly considers her, Mike, and Juno a little family. I believe within one year of their marriage, she will give birth. Right now, she loves to travel with Mike and attend games in the summer. The couple enjoys concerts on occasion. During winter, they visited Lake Placid in New York and sled down some slopes. Jessica also loves horses and visits Mike’s parents’ ranch to see them.

I don’t even know where to begin….from seeing your heartbeat for the first time to seeing you dance around in mommy’s belly… we are truly blessed and this is only the beginning!! pic.twitter.com/e0gbiK8K5Y
— Mike Trout (@MikeTrout) March 3, 2020

Little man, you have the best mommy already and I can’t wait to be your dad! We are so humbled by this gift God has given us. We love you already, buddy!! 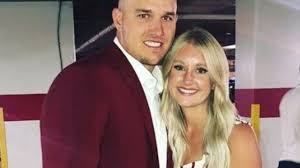 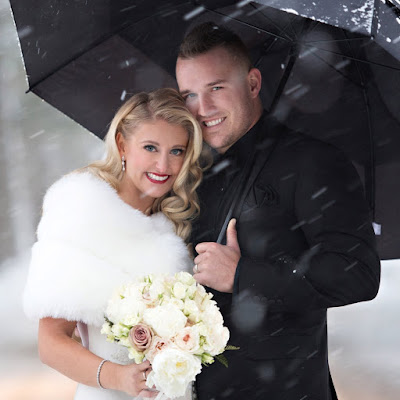 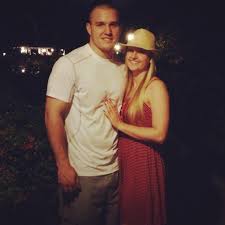 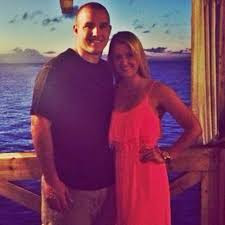 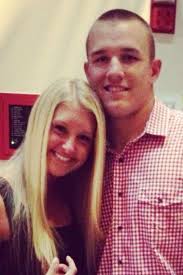 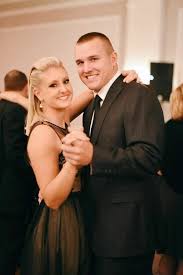 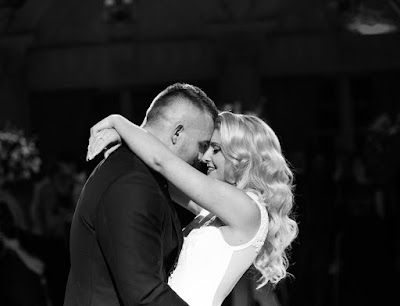 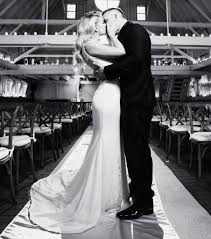 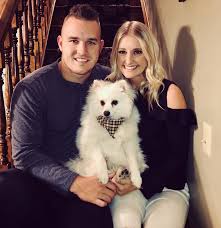 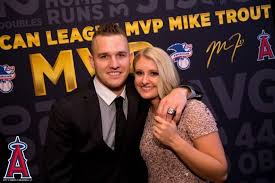 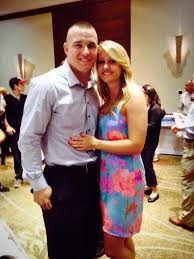